How Old Do You Have to Be to Vape in the UK?

After the introduction of vaping in the UK in 2007, it has flooded into the mainstream, and its popularity has been increasing quickly among all age groups. As the vaping industry proliferates, laws have been enforced to ensure minors are not exposed to these new attractive products as these may contain some addictive content. Generally, people start vaping to quit smoking and lead a healthier lifestyle. But what are the rules regarding this? What if an underage citizen is caught vaping? What if an adult is seen buying vaping devices for minors? Let us find answers to all our questions.

How Old Do You Have to Be to Vape in the UK?

Legal Age to Vape in the UK 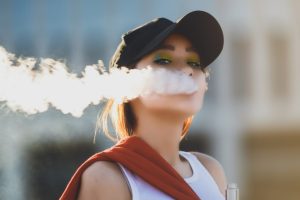 The legal age to vape is enforced as 18 in the UK. Citizens aged 18 and above can purchase e-liquids, electronic cigarettes, vape pens, vape pods and all other vaping products. Even retailers cannot sell vaping products to anyone underage, either online or through stores. They can be punished for the same. Similarly, no adult, that is, anyone aged 18 or above, can buy vaping products for minors as it is illegal too.

Vaping Laws in the UK

Before 2015, the retailer decided on the age restriction to sell vaping products. But after 1 October 2015, this self-imposed regulation became law, enforced by the UK government.

The law stated that it was illegal for anyone below 18 years to be sold vaping products, and even adults buy these products for citizens below the age of 18. If a retailer sells such products to a minor, he can be fined up to ￡2500.

Even if the vaping products are nicotine-free, it is still illegal for a person to buy them below the age of 18.

Therefore, when retailers sell these products online, they have to be strict. They use checking IDs and an age verification process before they can buy any product from their online store.

These laws are governed by the European Union Tobacco Products Directive (TPD) and translated to UK law through the Tobacco and Related Products Regulations (TRPR). 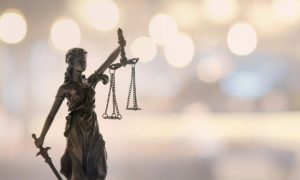 The laws regarding the purchase and sale of e-cigarettes do not come under the smoking laws in public places. Rules regarding advertising of these products were also changed in October 2014. Before this, e-cigarettes were not allowed to be advertised on national television. But after that, the UK’s Advertising Standards Authority changed such regulations and companies were allowed to advertise their vaping products on TV from 10 November 2014.

The Wales government included vaping in their existing bans of smoking in June 2015.

The UK government also established many laws for vape manufacturers to control the amount of nicotine in the liquids. These involved researching e-liquids and all their components and running safety tests keeping the health of the citizens in mind. Every aspect is covered in the research, like manufacturing, developing the devices, and keeping in mind the toxicology ranges. According to the EU’s Tobacco Products Directive (TPD), the upper limit of nicotine used can be an utmost 20mg/ml. Similarly, bottles should not contain more than 10 ml of liquid and must be manufactured as child-proof, and the volume of atomizers should not exceed 2 ml.

Many kinds of flavours are also banned to ensure the safety limit.

All companies must follow the above laws and regulations and register their e-liquids and e-cigarettes with MHRA(Medicines And Healthcare Products Regulatory Agency).

All these rules must be followed strictly to avoid any problem in the future.

Vaping Laws Across the World

Different countries have defined different legal ages to use vaping or smoking products. However, most of the countries of Europe like France, Sweden, Germany, and Japan have the legal age as 18. Even the US used to have the same legal age of 18 to use vaping products, but this changed in 2019. The new law stated the age to buy vaping and tobacco products to be 21 in the US. 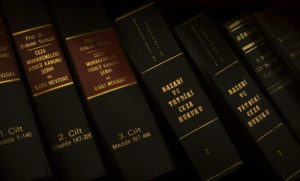 The Problem of Underage Vaping

Even though it is not legal for anyone under 18 to buy e-cigarettes and vaping products, a portion of teenagers still manage this from street markets like shops with illegal licences and even online stores using the IDs of adults. Teenagers get regularly exposed to advertisements of these products through social platforms such as Facebook, Instagram, Tik-Tok, etc. These apps and the pages displayed do not regulate the viewers’ age and hence promotes vaping and using similar substances as a medium for enjoyment. Teenagers also try vaping due to peer pressure from their friends or batchmates. The percentage of teenagers trying vaping and doing it regularly remains low. However, it is still a significant issue. It can dramatically affect their health as they can become addicted to nicotine, which is harmful to brain development, which continues until the age of 25.

This is a significant concern as the UK government doesn’t want this practice of vaping to spread in their country as it did in the US, where most teenagers have become addicted to vaping and smoking.

Vaping as an Alternative to Smoking

Vaping has helped many people who want to quit smoking as vaping is 95% less harmful than smoking, with evidence provided from the Public Health England (PHE). E-cigarettes have been more effective and efficient in preventing tobacco and smoking than other methods like gums and patches. 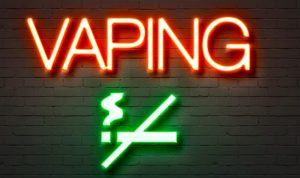 But if you were never a smoker, it is highly recommended not to start vaping. Vaping was developed to curb the problem of smoking as it is less harmful, but it is still addictive due to the presence of nicotine. Apart from addiction, they are also dangerous to your health due to the presence of carcinogens (in a fractional amount).