How to Tax Car Without Logbook?

How to Tax Car Without Logbook?

The logbook includes various details about the car such as the model number, engine size, engine code, colour of the car, Registration mark of vehicle (VRM), CO2 emitting rate of the vehicle, identification number, and the number of previous registered keepers.

If the owner changes the address or the contact number which is mentioned in the logbook, the owner has to make these changes in the logbook as well within a stipulated time, failing to which he will have to pay charges, and then he will be allowed to change the details. 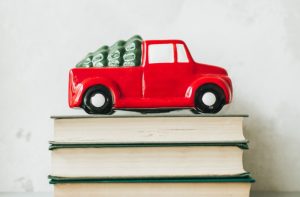 There is a misconception among people that having a logbook grants you the ownership of the car, but it is not the reality. The agency mentions the same point on the front page of the logbook as well. The person or entity that purchases the car will have the ownership; the person whose name is registered in the logbook will be responsible for managing any traffic or road offences, and parking infringements. For proving the ownership, one needs to have a purchase receipt with them. So, we can conclude that there are chances that the owner and the keeper of a car can be different.

Verification of the logbook

There are various ways by which verification of the logbook is done, one of them the DVL mark that is present at the top of the document and the other is the serial number. The buyer checks these two attributes at the time of buying the vehicle. Other than these, the buyer also checks the registration number, engine code, and the registration mark of the vehicle (VRM) at the time of purchase.

The agency gives the right to the buyer to cancel the deal if he finds any mistake or loophole in the logbook. The buyer can inform about the same to the agency and immediately cancel the deal.

Improvements in the logbook

In several years, the structure of the logbook has changed many years, and of the major reasons for these changes was the increasing car scams in recent years. There have been many changes but the important ones were in 2014 and 2019. The improvement that was made in 2014 ways that the colour changed from blue to red. This change was helpful in reducing car scams as theft of blank forms was reduced noticeably. 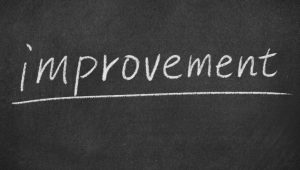 In 2019, there was the introduction of the latest iteration of the form. While the authority made it clear that the old forms were still valid for the conveyance of the people. There was an addition of 2 features in the new form. The first feature was the addition of an infographic on the front page and the second was the addition of the text to help increase awareness in people about the safety of this document as at the time of insurance of the car, the insurance provider also asks for the details of the vehicle that are present in the logbook.

The importance of logbook cannot be underestimated as it is the most important document while you are purchasing a second-hand car, it will help you to know the exact and accurate status of the car as every detail of the car is written in the logbook, even if the owner changes the engine or just a minor new colour, it will be written in the logbook.

It will also help you know the necessities of a particular vehicle. Since it contains every minor detail of the car, it helps to minimize the scams the sellers try to do at the time of selling their cars. So, the logbook mainly protects the interest of the buyers. So, the owner of any car should keep the logbook with themselves till the time they own the car. After they sell it and notify the agency about the same, they are no longer liable to keep the logbook safely.

Things to do when you lost your logbook

The owner can get every document online that the agency provides but the logbook is not present online. It is a physical document only. Even when you update the logbook you do not get a new logbook, the up-gradation is made on the old logbook itself. 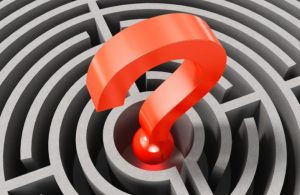 So, when you misplace your logbook by mistake, then you need to fill the form with the help of which you will get a new logbook after paying the fixed charges at the agency.

Apart from its use at sale and purchase of a car, there are various uses of logbook also. While exporting and importing also, the logbook comes into use as that the time of exporting and importing, 11-digit reference number is to be mentioned in the documents made. At the time of the vehicle recycling, you need to tell the agency about the same for which you will require the logbook.

While transferring the car from one trade dealer to another, there is no need to notify the agency about the same which means that you can transfer the car from one dealer to another without having a logbook.  This is the only exception where there is no use of a logbook while performing any task. But, the dealer needs to notify the agency about the car in every situation.

A logbook is a necessary document that people should have for any car they own as without it, they cannot complete any legal procedure. Also, the agency should take regular steps to increase the awareness of logbooks among the people.