What Are the Odds of Winning the Postcode Lottery?

The People’s Postcode Lottery is basically a service based upon a subscription accessible to all British citizens across the UK. People pay a monthly charge of £10 so that their ticket enters the lottery pool and may win some exciting prizes.

Unlike the traditional lottery system, People’s Postcode Lottery is based on the postcodes from where the subscribers are playing. The advantage of playing this lottery is that if a postcode wins, all the players belonging to that particular postcode get the prizes.

Players have an opportunity of winning prizes every day just by paying the above-mentioned monthly charge.

Prizes provided by the lottery service

The prizes are given in three distinguished categories:

Along with these, daily draws awarding £10 and £20 are also there with comparatively higher chances of winning than the above-mentioned ones due to minimal prize amount. So you may be able to win these prize amounts twice or thrice a week. The latter is shared among all the subscribers present in the winning postcode, unlike the former, separately provided to all winning individuals. It further allows a single user to have more than one subscription to increase the chances of winning.

The users pay the monthly subscription charge, and then they are asked to select the “Play Postcodes.” These numbers would then go inside the lottery and be the basis on which the identification of the winners would be made.

The contestants enter every single category of the draw, and the matching of postcodes is done with the random winning one. Therefore, the region you live in indirectly affects the chances of winning.

Approximate chances to win (per month)

*The approximate values may differ as the number of contestants is not fixed and varies frequently.

The population that plays the Postcode lottery

The total number of postcodes in the UK is 1,800,000. The data provided on the official website of People’s Postcode Lottery states that nearly 60% of the total postcodes participate in the lottery. The number of players from each postcode is not fixed and known as well, but the more the participants, the more you have to share your prize on winning. 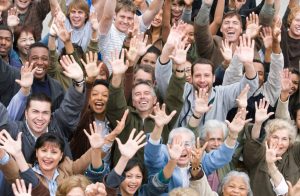 The exact population is not fixed as the numbers may increase or decrease as time passes. Therefore, one cannot say that only a certain number of people play.

Calculated on the minimum requirement to participate, that is a monthly subscription of £10, the approximate winning chances would be the following:

For the everyday draw of £10 and £20, the approximate chance to win is 1/270. That makes both of these a lot less competitive than those offering a higher award price and easy to win.

The maximum prize won per ticket in the Postcode Million Prize is £400,000, which means the total prize amount is divided among all the people belonging to the winning postcode. Therefore, as the number of people playing increases, the share received by an individual player decreases eventually.

The amount won is transferred to the bank account within 28 days. Therefore, you have to register your bank details with the site if the prize value is £3,000 or above. Furthermore, if you have participated using your credit card, you also have to do the same to get the prize of the mentioned value.

Some points to keep in mind

Participating as a syndicate is not allowed in the lottery as it would create confusion among the players. Also, the organization never provides any kinds of scratch cards or on-the-spot wins.

Cancellation of the subscription

The cancellation or any desired change in the ongoing subscription is possible. You just have to call the customer care mentioned on the website. You can also change the bank accounts from the same number.

Many of the UK residents have won lottery awards, and it has benefited them in either escaping the loans or helping in planning their future well. Many articles on the web have mentioned the stories narrated by the people who played the lottery and came out as winners.

Some websites have been receiving money and scamming them in exchange for big rewards. Many such incidents have been reported. The People’s Postcode Lottery has warned the people not to get entrapped by this kind of fraud.

Most of the contestants even stay anonymous to encounter no danger in their life if they win a significant amount.

The organization has been unique among its competitors, and that’s why the number of contestants is higher than the other ones. Moreover, a certain amount of the profit earned by the organization goes to charity as well. This shows that along with providing numerous prizes to the contestants, the firm is also sensible towards the needy.

Participating in the Postcode Lottery could really make your luck shine compared to the normal lottery. Moreover, the chances of winning are much higher. Also, the daily prizes it provides make it much different, and a better option than the other ones as no other lotteries offer rewards daily to the contestants.

Hence, the participation is safe, no fraud is there, and a collective opportunity of winning is given to the players so that none of them is discouraged from losing hope.

Q.1. Which is the most winning Postcode Lottery?

A.1. NE37 1UB, Albany Village Centre in Washington is one of the most winning postcode lotteries. They have won more than half a million pounds.

Q.2. What is the chance of winning the Postcode Lottery?

A.2. According to reports in 2020, 82% of players won prizes with the People’s Postcode Lottery.

How To Play Irish Lottery?