What Guns Are Legal in UK?

Due to security reasons, as guns are potentially dangerous weapons, most of them are illegal to possess in The United Kingdom by the ordinary person. The United Kingdom has stringent restrictions on possession of firearms compared to a few other countries.

Guns that are legal in the UK

Rifles are permitted to be owned by anyone with a licence, but they have some terms and conditions. The Rifle must not have the capacity to hold more than three shotgun shells, with a barrel of no longer than 12 inches and a length no longer 24 inches. 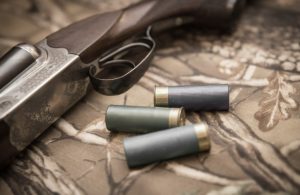 The restriction of not having a capacity of holding more than three shells is also applied to shotguns. But the shotguns you own can be single, double or even triple-barreled. These must be semi-automatic; that is, when you pull the trigger, the gun only shoots once, not more than that. They can also have pump action.

The rules for owning a pistol are similar to those of rifles. The barrel must not exceed the length of 12 inches, and the total length cannot be more than 24 inches. Muzzle-loading pistols are also included in the list of legal pistols.

Here you go, these are a few firearms that are legal to possess in The United Kingdom.

Prohibited Firearms of The UK 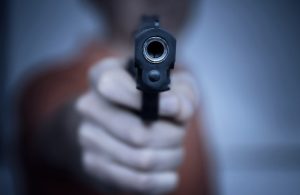 The fully-automatic guns, also known as machine guns, are huge and heavy and cannot be carried and used by a single person at a time. They are used by a duo or are mounted upon tripods or vehicles for usage. Unlike semi-automatic guns that only fire once on pulling the trigger, these have the capacity to automatically load themselves and fire the next bullet.

All cartridge ammunition handguns are prohibited.

Just like the laws for knives, The United Kingdom prohibits the possession of disguised guns. A gun cannot be disguised as some other object such as mobile phones, sticks, etc.

These are highly dangerous and can cause a considerable amount of damage. Mortars shoot at high angles and are entirely prohibited in The United Kingdom.

5. Air guns that give out harmful gases

In The U.K, it is prohibited to own a gun that gives out dangerous gas. These guns are also called stun guns.

Who can own a firearm in The U.K?

In The United Kingdom, owning a gun is a privilege and cannot be considered a right to a person. To buy a firearm, a person must be out of suspicion that they might cause harm to any person or persons. This assessment will be done by the police as they are the ones who will provide you with a licence.

When asked, the person wanting to buy a firearm must have a reasonable answer to why he wants it. And must be able to prove to the firearm authority that the gun is needed for their work, leisure with proof and not for causing any harm to anyone.

While buying a firearm, the person will have to go through a process that will include interviews, property inspection, the person’s past criminal record, reference from a friend, etc.

If the person goes through this process and acquires a licence and has paid for it, they will have to keep the firearms in a safe and secured place and not let it come into the hands of a person who does have a firearm licence. A person is not needed to have a firearm licence to own those firearms which are not declared as especially dangerous by the Firearms(Dangerous weapons rule)1969.

Why are The U.K firearms rules so strict? What caused it?

At nearly 9:30 am, on 13 March 1996, sixteen little children and one adult, the teacher, were shot dead by Thomas Hamilton, after which he shot himself. This was the most deadly massacre The U.K had ever experienced. After this, debates often took place about firearms ownership and why it must be controlled. Two bills were passed.

This incident changed the history of firearms law forever which was indeed mandatory for the safety of all.

The rules governing the possession of firearms are extremely strict in The U.K. There are only a number of guns that an ordinary man can possess, such as a rifle, shotgun, and handguns, but all of these have some terms and conditions. Also, a few guns do not require you to have a licence if they are not declared especially dangerous by the Firearms(Dangerous weapons rule)1969.

There are also a number of prohibited firearms, a few of which we discussed above. The Dunblane massacre from 1996 was indeed a gruesome incident that no one would want to repeat, and so the laws governing the ownership of firearms are so strict in The United Kingdom. The rules for such dangerous weapons are made for the safety of the people, so remember to follow the rules and not hurt anyone in any manner.