What Is Commercial Law?

Commercial Law means to the rules and regulations businessmen need to follow while transacting goods and services in the UK. In other words, it includes all the legal services that are necessary to support businesses in the UK.

What Is Commercial Law?

Commercial law helps in the expansion of the country’s economy as it increases the rate of buying and selling of goods by the businessmen and it is also necessary for a country since it has legal procedures and regulations to follow when things do not go the way the businessmen expect. Various laws in relation to consumer credit, Council tax, partnerships come under Commercial Law only. 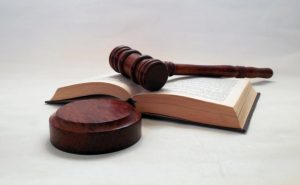 According to reports, in 1892, after the recommendation of the Council of Judges in relation to the set up of a special court for commercial disputes, a special commercial court was set up in 1970 under the Queen’s Bench Division.

Later, various commercial courts were set up under the same division where people having commercial disputes can go and get their disputes solved. In these cases the commercial lawyers need to qualify the basic requirements that the claim should not be more than 15000 and also the dispute shall not be vague in legal terms.

The scope of commercial law is very wide and there are various key elements that define its characteristics and operations.

All the contracts that relate to the supply of goods and are under the statute come under this act. Various statutory provisions govern this act. It also has various legal requirements such as the goods should not be damaged and the owner needs to have the right to sell the goods. The goods should match with the description that the owner provides to the buyers.

There is also a requirement that the sample goods and the goods that are sold should match and also the goods should be according to the quality standards that are present in the act.

Over time, there were various significant changes in this act and also there was the addition of various terminologies in the act.

After the recommendations of many committees, this major development was done in commercial law. The main aim of this step in commercial law was to protect the interest of the consumers in various credit transactions. As when buyer-seller interactions take place, there can be imbalances of information which can lead to violation of the contract between the parties. So, in the act, a personal credit agreement was made by which the creditor can provide credit to the debtor. There were regular variations in the amount of the credit in the act. 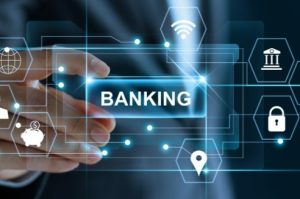 As banking and financial transactions are the most important steps in any commercial activity, it also holds an important place in commercial law.  As commercial activities help the country’s economy to grow, banks provide various services for the ease of both the parties that are the businessmen and the buyer. Bills of Exchange Act 1882 and the Cheques Act 1957 are the main acts that govern the banks and their banking activities in the UK.

Along with various life insurance acts, the merchants also made agreements for the safety of their ships and the protection of their goods from the risk of damage. So, with these agreements, insurance became an important subject of commercial law. There were various acts under which the merchants prepared the contracts of insurance and these acts have their own legal and statutory regulations.

The main law which is in effect in the UK is International Sales Act. For the regulation of these activities under various acts, commercial courts are set up in the country. 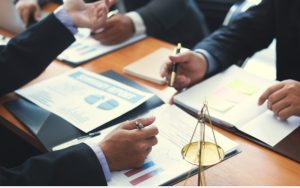 To start with the procedure, the lawyers collect necessary documents and evidence from their clients and thoroughly review the important facts. After going to the former precedents and preparing their arguments, the lawyers then have multiple briefing sessions with their clients and if possible they also make scope for settlement but if the case goes into the court for proceedings, they present their arguments.