What is the 7 Year Rule in Inheritance Tax?

What is Inheritance tax? 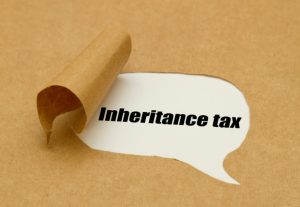 Inheritance tax (IHT) is a tax liability on a dead person’s estate. This tax must be paid within six months of a person’s death. Inheritance tax is often called cumulative tax. Accounts of earlier ‘gifts’ are deemed while evaluating the amount of Inheritance tax. This tax is levied on the estate that has been received through inheritance or has been gifted by someone.

What is considered as ‘gifts’?

For instance, if you sell a car at a lower value, the difference in the actual value and the sell value is evaluated as a ‘gift’. These gifts are specified as ‘potentially exempt transfers.’

What are the standard Inheritance tax rates? 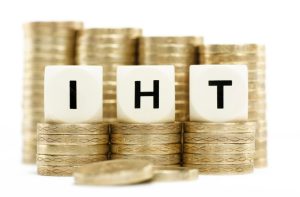 No tax must be paid for amounts below or equal to the nil-band rate.

However, any amount above the tax threshold is subjected to specific inheritance tax rates. The standard tax rate is 40 per cent on the remaining amount. It is charged only on the balance amount above the nil-band rate.

However, the standard charge rates are lowered down to 36 per cent if 10 per cent or more of your estate is given as charity.

Who is liable to pay the Inheritance tax?

You would need to pay the inheritance tax to HMRC if your estate is assessed above the nil-band rate. According to the seven-year rule, if someone dies before seven years of gifting the asset, the gift would be liable to IHR.

What is the seven-year rule?

Apart from certain ‘gifts’, the rest of the estate is defined as Chargeable Lifetime Transfer (CLT). Such gifts are liable to immediate 20 per cent Inheritance tax to be charged on it. If it is paid through a trust, the standard tax charge is 20 per cent, while if the payment is made through a settlor, it is 25 per cent.

The seven-year rule states that if someone lives for seven years after gifting you an asset, the gift will not be subjected to any Inheritance tax.

However, if someone dies within seven-year of gifting an asset, the gift will be subjected to the Inheritance tax. Hence it will be counted during the evaluation of the tax threshold. But after seven years, it would not be counted in estimating your nil-band rate.

This rule is referred to as the seven-year rule in Inheritance tax.

What are Inheritance tax-free gifts?

A specific range of gifts is exempted from the Inheritance tax. Usually, if someone dies within seven years of gifting an asset, the gift is subjected to a standard inheritance tax charge. However, there are certain gifts that are not liable to any charge even after someone is still living after giving them. These gifts include: 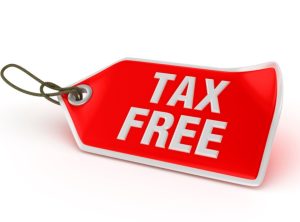 The unused annual exemption from the previous year could be carried over as well.

You are also allowed to give away an unlimited number of gifts worth £250 each throughout the year without any inheritance tax on them.

However, the same person cannot use the exemption for receiving gifts more than once a year.

The taper relief came into existence under the Inheritance Tax Act 1984.

Here is a list of inheritance tax charges according to the survival period of the benefactor.

Period of Percentage of

It must be noted that taper relief only applies to the balance above the tax threshold. It does not apply to the value of the gift. It means that the remaining estate will be charged at the standard inheritance tax rates.