What is the Law on Breaks at Work?

Rest breaks while working can help to maintain the mental well-being of your employees which will increase their productivity while they are working and will lead to the growth and development of your company. Domestic workers in a private household also have the right to take breaks from work. Some jobs legally do not allow for breaks from work but as a responsible employer, it is your duty that you provide regular rest breaks to your employees and it depends on the employer to pay for such breaks or not. 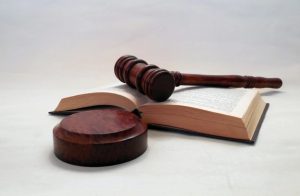 An employee has to be aware of the law that entitles them to take regular breaks at their workplace. Employees who work more than 6 hours a day can have 20 minutes lunch or tea break. In most cases, the employer does not pay for such rest breaks but he needs to specify this in the employment contract with the employees

The Law on Breaks at Work

The entitlement of such or more breaks from work to the employees is according to their employment contract which they accept at the time of joining.

More breaks can include smoke breaks, toilet breaks and drink breaks. The legal rules do not allow the employees to take smoke breaks during their working hours, but they can use their daily breaks or their lunch breaks and smoke outside the organization if they want to. They do not have the right to take any extra break for this purpose. 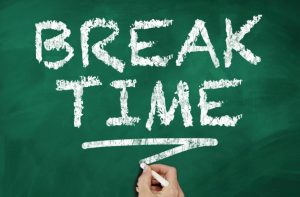 The same is the case with drinks break that the employer cannot question his employees but can keep a check about the same and if necessary can have a talk with the employee.

The country has special rules for the pregnant female employees of the country as they require breaks according to their medical and personal circumstances that can be more than the specified breaks in the rule. Also, they require more toilet and drink breaks than other employees which the employer cannot deny because then legal action will be taken against him.

The employer must allow you to take breaks mentioned in the law and if he stops the employees from taking the breaks, then either the employees can talk to him and solve the issue or if it does not work, then they can take legal actions against their employer.

For taking legal action, the employees need to file a written grievance in the tribunal. They should ensure that have proof of their claim and can take suggestions from their legal representatives about the same. The maximum period for conciliation is 3 months and the period starts from the day the employees are not allowed to take breaks at work. The employees can also ask their trade union representatives to talk on their behalf.

Exceptions to the Law

There are various jobs in which the employees do not work under the Working Law Regulations. It means that the employees of these jobs are not entitled to get breaks according to the law. These jobs include personnel of armed and police forces, employees of sea transportation, mobile workers of railways and roadways and the managing directors and CEO of companies where the working hours do not matter. 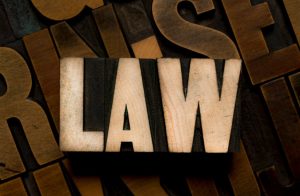 Usually, the employees relating to air and sea transportation have their special rules under which they can take breaks, but in most cases, the mobile workers of railways and roadways are not covered under any special rule in the country. These workers can take breaks for their mental and physical well-being after having confirmation from their superiors.

Taking regular breaks from work help the employees to maintain their well-being that help the organizations to grow and boosts the economy also. For knowing the details of the rest breaks, the employees should be aware of the employment law in the country of the UK.