What Knives Are Legal in the Uk?

The answer to this question, ‘what knives are legal in The U.K?’ is simple; the U.K knife law only allows a folding knife whose blade does not exceed 3 inches or 7.62 cm in length. And this pocket knife must not lock at a place. Being found in possession of a knife or any sharp or bladed object other than this can get you into legal trouble. Unless you have a very, very valid reason, do not carry a knife or any sharp object. Screwdrivers are not included in this list of sharp objects. Trekking or camping can be a good reason, but you need to provide enough evidence.

What knives are legal in the UK? 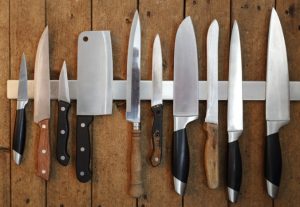 So, as we know, every rule has some exceptions, so does this rule. Let’s see in which case you can carry a knife with you in public places(it’s not recommended, though);

What Knives are not included in this 3-inch knife category?

There are many variations of this folding knife and it can get pretty confusing to understand. Let me explain it to you, any knife that can be concealed does not come under this category. Naming a few might help you know better;

Flick knife does not come under this category. This knife, at first, is concealed inside the handle, and in a press of a button, it flicks out. 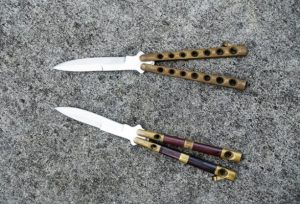 Butterfly knives are another type of knife with two segments covering the blade. These two segments slide around the cutter to expose it.

A few knives can prove to be extremely dangerous; I mean, it’s a knife. So in The U.K, we also have a few knives that are completely banned. Here are a few of them;

These knives have a slogan, words or images on them that suggest that this weapon should be used for violence.

These are a type of circular blade usually used with a table saw. These were banned due to the considerable probability of getting hurt by them. People often chopped off their fingers while using it.

The blades or knives that are hidden inside something which looks nothing like them, for example, in shoes, belts, phones, lipstick, etc.

The swords or sharp objects are hidden inside a hollow walking stick.

Swords are other than an antique or which were built before 1954 are banned as well.

Push Dagger is held inside your fist, and the blades appear out from in between your fingers.

These knives unfold using the force of gravity; these too are banned in The U.K.

The tip of these knives is made of a material other than metal. Possession of these is prohibited as well.

What if I am caught carrying a knife?

In this case, you must have a powerful reason with proof. Just an explanation will not be enough. Even if you did not intend to hurt anyone with the knife you were carrying, you will have to provide evidence. And the evidence must not contradict your actions.

Let’s say you are at a picnic with a small knife; you will not be questioned as you are with your family and friends having a hearty meal. But if you are found roaming around carrying a knife and when asked, you tell them it’s for a picnic with no picnics happening around, you will be held guilty.

What happens next? The prosecutor will file a case and will try to find evidence that might work against you.

What can be the punishment for carrying a knife?

A few things are to be considered when we speak of punishment for possession of a knife. Was it used to threaten people? Was the person carrying it in public or on school premises? For doing any of these, a person who is 18 or above could be given a duration of three to six months of a custodial sentence, and the maximum period you could be jailed is for four years. 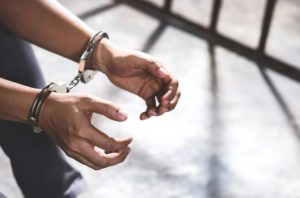 The laws that govern this area were found under the Criminal Justice Act(1988). It is also illegal to sell a knife to a person under the age of 18 in The U.K. Some people might argue that their knife’s length is beyond 3 inches but the sharp edge measures under 3 inches. This will not be considered, and you will be prosecuted. Also, carrying a knife, of any sort, to a pub, school, court, football matches, shopping centres, airports, etc. is wholly prohibited as you do not need a knife in such places, and obviously, you will not have a reason to justify why you carried a knife with you.

The next time you are carrying a knife outdoors or travelling, please remember that it must be a folding knife whose blade is under 3 inches or 7.62 cm, a shorter one is definitely fine, and it must not lock at a place. It is undoubtedly not suitable to carry an object that could harm people, be it a knife or anything else. Try not to have dangerous things in public for the safety of everyone around you and of yourself as well. So now you know what knives are legal in The U.K. to Know the laws, remember the laws and stay safe!