When are Double Yellow Lines not Legal?

When are double yellow lines not legal? 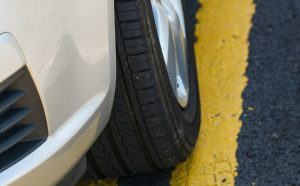 There are conditions in which you are not chargeable on the double yellow lines. Here are a few of them;

What are Double yellow lines?

These double yellow lines along the edge of the road announce some rules and regulations to be followed. It mainly means ‘no waiting time’. In other words, you cannot park your vehicle here unless you have to pick or drop off a passenger. Loading and unloading of goods are allowed on these lines only if a sign confirms that you can do it.

Double yellow lines are painted on the roads with many turns and can be dangerous if someone suddenly stops.

Is it Legal to pass on a double yellow line?

While a dashed yellow line allows you to pass whenever and wherever you want, double yellow lines restrain you from doing so.

It can be unpleasant to drive behind a person who moves slow, which might get you frustrated and want to pass. But beware, it is illegal to pass on a double yellow line unless it’s a medical emergency or anything as such.

What if you get a ticket on these yellow lines? Can it be dismissed?

Yes, they can be dismissed if you provide sufficient evidence to defend yourself.

This evidence can include photographs of the time plates.

The photographs of the T-bars as well.

What is the difference between single and double yellow lines? 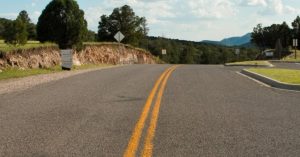 Double yellow lines are quite the same but with extended hours. If you want to restrict vehicles from parking until 11:00 pm, you will have to use double yellow lines. Generally, these hours go up to 24 hours seven days a week.

What are double dashed yellow lines?

You might see in the early mornings that a particular place is empty, with fewer people and fewer vehicles, but with time the crowd can grow. In such conditions, to regulate traffic and help it move faster, for example, the two lanes that moved in opposite directions are allowed to move in the same direction during certain hours of the day. These hours are mostly set when people leave for work in the morning and when they are coming back in the evening. The rest of the day, the lanes can function normally.

What does one solid and one dashed yellow line mean?

If you are driving on the side of the solid yellow line, then you are not allowed to pass, and the opposite is true for the dashed yellow line side.

The tricky thing about this is the sides can swap as you drive along the road.

What are dashed white lines?

These dashed white lines indicate that there are parking restrictions on this road. Though parking is allowed here, it is only for some time. This time gap is displayed on a sign; if not, the restrictions are set throughout the year, Sundays and bank holidays included. 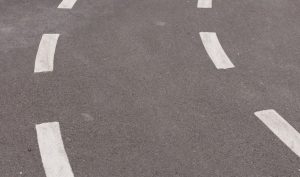 Dashed white lines can get pretty confusing. Now double dashed white lines are entirely different. They indicate that drivers, mainly bikers, should give way to the ongoing traffic. Bikers are obliged to give way, whether from the right or left.

Whether you are a beginner or a well-versed person, you must know all the traffic rules. It saves you a great deal of time and money. So the next time you wear your seat belt, keep an eye on the lines along the road(especially on the double yellow lines). And you know, no one can charge you a ticket. Good luck on your next journey?