When Will Weed Be Legal in Uk?

Cannabis is under the classification of a ‘Class B’ drug in the UK but it is illegal to possess or sell in the UK. Those people who have possession of cannabis can face imprisonment for about 5years and people who sell it will be in jail for about 14years. People who have a little amount of cannabis up to one ounce are usually given a warning on-the-spot by UK police officials.

Legalization of weed in the Uk

We can consider that smoking weed in the UK is illegal but there have been regular rebels against this law by the people of the UK. Although, it is illegal still people consume weed on a large scale which leads to black marketing of weed in the UK. According to various sources, people from 16-24 years of age in the UK have been increasing the consumption of cannabis enormously; there were reports that in 2018, around 15000 people were in prosecution for possession of cannabis.

In the early 1900s, the use of Cannabis was legal in the UK and even various writers mentioned cannabis in their poems as according to them, cannabis acted as a source of imagination for them. Over time, there were various inventions in the drug industry as syringes; people could now inject drugs into their bodies with the help of syringes. 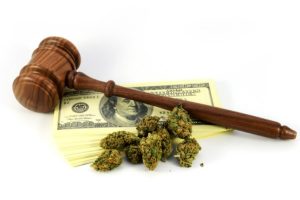 Finally, in 1928, Cannabis was made illegal for the first time in the UK. Later in 1971, The Misuse of Drugs Act was introduced. After the enactment of this act, drugs were classified as ‘Class B’ in the UK. For several years, there were conflicts between the ruling party and the opposition party regarding the classification of cannabis as ‘class B’ or ‘class C’. But according to the current situation, cannabis is a ‘Class B’ drug, the medical use of which is legal. Various parties in the UK are in the favor of the legalization of cannabis but some of them oppose it also.

According to the latest reports related to the election campaign of 2021, the Mayor of London was planning to start a scheme if re-elected where the police officials rather than arresting people who consume cannabis and are below 25 years of age, will take them to their family homes so that they are away from courts and criminal record and instead they part in educational activities and have regular counselling sessions.

Medical Cannabis is legal in the UK

Doctors are allowed to prescribe specific cannabis for medical use in the UK since November 2018. Since it is the only legal procedure by which people of the UK can possess cannabis it has many rules and limitations. Although it was made legal for medical purposes, it showed signs of slow growth among the companies, and these companies have been facing regular issues regarding high costs and contaminated legal supply chains. They introduce CBD into our life for medical purposes. This is also one of the reasons why the scope of black marketing of cannabis in the UK is experiencing growth. 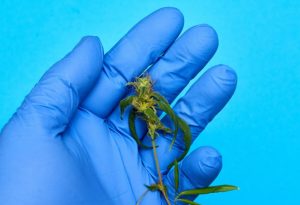 For a person to consume cannabis medically they need to qualify for the condition and they should also have at least two prescription medications for their treatment. Private clinics provide these prescriptions and they also charge initial consultation fees and special charges for the cannabis prescription.

Additionally, there are some cases in which people are given a prescription to use cannabis flowers even though smoking cannabis is illegal. In such cases, people are advised to vaporize using dry herbs for their medical conditions, although the rule is strictly followed that they are allowed to use only the prescribed cannabis.

For the people who cannot afford the cannabis prescription or do not medically qualify for its use, a card was launched in 2019 named Cancard. With the use of this card, people could have possession of cannabis with themselves and if asked can show the officials the medical reason for the possession of the cannabis. Although this card was made after people provided proof of their medical reasons and also that they cannot access private medical prescriptions.

People in the UK also support the opinion that cannabis should be legal for adult use in the country. So, continuous opposition of country people, political pressure from abroad, attractive economic and tax benefits are constantly mounting pressure on the UK government for the legalization of cannabis in the country.

More than 65% of the population of the UK stood up for the legalization of cannabis in the country. Political pressure is also igniting this issue as various countries around the world are questioning the UK about the economic and tax benefits. After the surge of the reports that consumption of cannabis does not cause public health disasters, people’s support grew enormously. 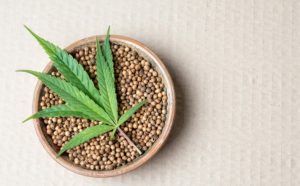 Although the government’s take on this is not likely positive there have been many reforms for medical cannabis. According to many social media reports, there are videos where the officials of the UK themselves smoke weed and still are against its legalization.