Which 20 Notes Are Legal Tender?

What is legal tender?

Legal tenders are the types of notes that can be used to pay any debt, and the creditor cannot refuse to accept it as repayment. Some of the most common medium payments such as cheques, credit or debit cards and online transactions are not legal tenders. Pence could also be used as legal tender, but it was only valid up to 20p. 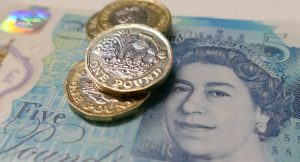 Legal tender notes have no use in everyday life, as it is only used for paying debts off. But if you pay a shopkeeper with a legal tender, it’s their choice to accept it as a payment or not. A shopkeeper can use any payment, and they can also use the exchange of objects as a payment. But yes, this might affect their business.

When will legal tenders expire?

Legal tender notes have served for a long time now. The current 20 and 50 legal tender notes from the first series will soon expire, and you will not be able to use them any further. The expiry date set for this is 30 September 2022. However, you will be able to exchange these notes for new ones.

The Bank Of England has issued new 20 and 50 Euro notes. These new notes are made of polymer, unlike the old ones, which were made of paper. Due to the introduction of the new notes, the old notes will expire, and the last date until which the old notes can be used is 30 September 2022. So hurry up, get them exchanged. 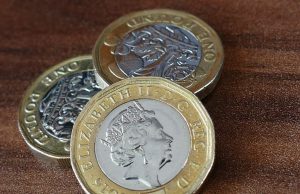 The easiest way to exchange the old notes is to simply deposit them in your U.K bank account. Another way to get your old notes traded is through the post. You can always send your old notes to The Bank of England by post. But do this at your own risk. So make sure you take the required precautions and not be careless as this can cost you your money.

You may start with filling out the postal exchange form.

Forms for both individuals and businesses are available. This correctly filled form must be sent with your banknotes, a photo ID and proof of address. This ID and address proof is mandatory for any exchange over 700 Euros. This post must be addressed to Department NEX. Bank of England, Threadneedle Street, London EC2R 8AH. You will receive your money within ten working days.

Legal tender has always been known to be in the form of notes, but things are taking a turn now. A few countries worldwide are switching their legal tender notes to Bitcoin.

In 2021 the first-ever country to accept legal tender in cryptocurrency, Bitcoin, was El Salvador. This was a massive step for the country as well as for cryptocurrency.

This switch of legal tender from notes to cryptocurrency was a step taken for the genuine welfare of the citizens. El Salvador is a developing country in Central America with around 6.8 million people. 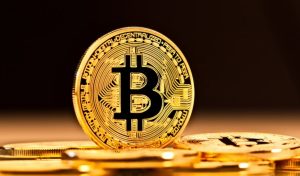 About three-fourths of the population does not have access to bank accounts. When people send money to El Salvadorians from other countries, it does not directly come to the person it was sent to, as there are no bank accounts. So it is sent through a middle man who took some amount of money, and the whole amount is not received.

So to avoid this problem, as the country is very much dependent on funds, the government introduced Bitcoin as the new legal tender. Bitcoin now can also be used in the shops in El Salvador.

Now let us look at some other countries which are planning to switch to Bitcoin as legal tender. Though the government hasn’t yet announced it, politicians from several countries have put their idea forward to switch to bitcoin in their tweets. You will notice that most of these countries are in South America. The list includes countries like Paraguay, Panama, Brazil, Mexico, and a few others. Though not announced by the government, several politicians from these countries have given hints of this switch to bitcoin.

So let us come to the conclusion part and revise the knowledge you just gained. A legal tender is a type of note that can be used to pay back any debt or official payments. It is not much used in everyday life, yet if the shopkeeper or any other person is ready to accept legal tender as a medium of payment, you are welcome to do so. Pence can also be used as legal tender but only up to the amount of 20p.

The current legal tender is about to expire by the end of September 2022, so make sure you get them exchanged as soon as possible. This exchange can be quickly done in your local bank if you have a U.K bank account. Another option of postal exchange is also available but consider this option at your own risk. As the technology is growing, many countries are switching to Bitcoin, even for legal tender. El Salvador becomes a Bitcoin laboratory as the first nation to adopt it as legal tender. Many more countries, mainly in South America, plan to do the same. So move with the changes in technology and use your time and money mindfully as both are important to have a happy life.