The death of a partner can be a very traumatising situation to deal with, and more often than not, we cannot process the loss immediately after it occurs. Sometimes, it takes us years to recover, and we would also require financial aid to recover and go back to the stage where we can financially support ourselves.

Fortunately, we have certain faculties working to provide us bereavement benefits to process the loss and meet both ends. Under these policies, you could feel secure and safe with no financial worry plaguing your mind for a lifetime to come. There are made for the public to ease their financial worries in times of loss.

After the death of the husband/spouse, you must register the end and arrange for the funeral. These are certain unavoidable formalities that require attention before you move on to finding bereavement services from your local council. You can take aid to help pay for the funeral. However, several clauses and rules are subjected to receiving such benefits, varying on the nature of death and pension age.

Benefits You Can Get When Your Husband Dies

There are three kinds of bereavement benefits you can get:

The death of your wife, husband, or civil partner is a grave situation, and the facility provided by Bereavement Support Payment aids the grieving partner to avail benefits. The benefits of these are not subject to any eligibility factors, which implies that their availability is widespread, regardless of income level, and can be paid whether or not you work. 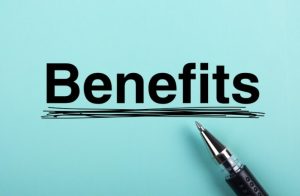 In the case of Increment of Basic State Pension

If both the individuals who are married or are in a civil partnership reach their state pension age before 6 April 2016, the person who survives it will get a higher basic state pension on the basis of their partner’s National Insurance Record.

This can be a definite case only if the existing partner previously hasn’t accrued a full basic state pension from the contribution record of their national insurance.

Your spouse will lose the benefits if they indulge in a new civil partnership before reaching the age to officially receive the state pension.

In case of the death of the spouse or your civil partner, there is a definite chance of increments of your basic State Pension to £137.60 per week (in 2021/2022) if you meet the following conditions:

Under the state policies, in case of not being married or being in a civil partnership when you die, there are chances that your state pension can be usurped by your estate. This could only be done in case you haven’t claimed it already.

Under the laws, you may have the right to receive some Additional State Pension based on the National Insurance Policy of the spouse if you are in a civil partnership and your spouse dies.

Reaching State Pension age on or after 6 April 2016

Under the laws and regulations, you could inherit and increase your State Pension in the case of the demise of your spouse.

You wouldn’t be able to inherit anything in the case of remarrying or forming a new civil partnership before reaching your State Pension Age.

In cases of “deferring”, which stands for the idea of your spouse not taking their pension for a while or stopping it completely then if you were in a civil partnership or married, you can avail a part of the extra State Pension or lump sum they had built and the State Pension age of your partner is reached before 6 April 2016.

Nothing can be inherited from any additional State Pension your spouse may have accrued if the State Pension Age is reached after 6 April 2016 and have stopped or delayed in getting their pension.

Increment of your State Pension from a spouse